TensorFlow is an open-source library for machine learning applications. It’s the Google Brain’s second generation system, after replacing the close-sourced DistBelief, and is used by Google for both research and production applications. TensorFlow applications can be written in a few languages: Python, Go, Java and C. This post is concerned about its Python version, and looks at the library’s installation, basic low-level components, and building a feed-forward neural network from scratch to perform learning on a real dataset.

TensorFlow supports both CPUs and GPUs, and Google has even produced its own specialized hardware for computing in the cloud, called Tensor Processing Unit (TPU), which produces the best performance among the different processing units.

While TPUs are only available in the cloud, TensorFlow’s installation on a local computer can target both a CPU or GPU processing architecture. To utilize the GPU version, your computer must have an NVIDIA graphics card, and to also satisfy a few more requirements.

Basically, there are at least 5 different options for installation, using: virtualenv, pip, Docker, Anaconda, and installing from source.

The most common and easiest way of installing is through virtualenv and pip, therefore they’ll be explained in this post.

If you’ve used Python for a while, you probably know pip. Here is how you can get it on an Ubuntu machine:

The following lines explain the installation of TensorFlow on an Ubuntu and Mac OSX machine:

The above commands will also work on a Windows machine, but only for Python 3.5.x and 3.6.x versions.

Installing TensorFlow in a separate environment can be done through virtualenv or conda (which is part of Anaconda). The process in general follows the same lines above, only this time you first need to create and activate a new environment with:

This will keep all of the required packages separate from those that you have installed globally on your system.

There are various APIs available to program TensorFlow. The lowest level one is known as Core and works with the basic components: Tensors, Graphs and Sessions.

Higher level APIs, such as tf.estimator, are built to simplify the workflow and automate processes like dataset management, learning, evaluation, etc. Anyway, knowing the Core features of the library is vital in building state of the art learning applications.

The whole point of the Core API is to build a computational graph which contains a series of operations arranged into a graph of nodes. Each node may have multiple tensors (the basic data structure) as inputs and performs operations on them in order to calculate an output, which afterwards may represent an input to other nodes in a multi-layered network. This type of architecture is suitable for machine learning applications, such as neural networks.

Tensors are the basic data structure in TensorFlow which store data in any number of dimensions, similar to multi dimensional arrays in NumPy. There are three basic types of tensors: constants, variables, and placeholders.

The following few lines give an example of the three tensor types:

Note that tensors do not contain a value at this point, and their values could only be available when the graph is run in a Session.

At this point the graph only holds tree tensors which aren’t connected. Let’s run some operations on our tensors:

The resulting output is again a tensor named ‘add’, and our model now looks as in the picture below. You can explore your graph, as well as other parameters, using TensorFlow’s built-in feature TensorBoard. 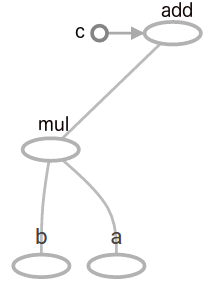 Figure 1: The TensorFlow graph consisting a multiplication and addition.

Another useful tool for exploring your graph is the following, which prints out all operations in it.

Finally, our graph should be run inside a session. Note that variables are initialized beforehand, while the placeholder tensor receives concrete values through the feed_dict attribute.

The above example is quite a simplification of a learning model. Either way, it showed how the basic tf components can be combined in a graph and run in a session. Also, it illustrated how operations run on tensors of different shapes.

In the following section we’ll use the Core API to build a neural network for machine learning on real data.

In this part we build a feed-forward neural network from scratch using the Core components of TensorFlow. We compare three architectures of a neural network, which will vary on the number of nodes in a single hidden layer.

We use the simple Iris dataset, which consists of 150 examples of plants, each given with their 4 dimensions (used as input features) and its type (the output value that needs to be predicted). A plant can belong to one of three possible types (setosa, virginica and versicolor). Let’s first download the data from TensorFlow’s website – it comes split to training and test subsets with 120 and 30 examples each.

The shape of the input and output layers of our neural network will correspond to the shape of data, i.e. the input layer will contain four neurons representing the four input features, while the output layer will contain three neurons due to the three bits used to encode a plant species in a one-hot style. For example the ‘setosa’ species could be encoded with a vector [1, 0, 0], the ‘virginica’ with [0, 1, 0], etc. 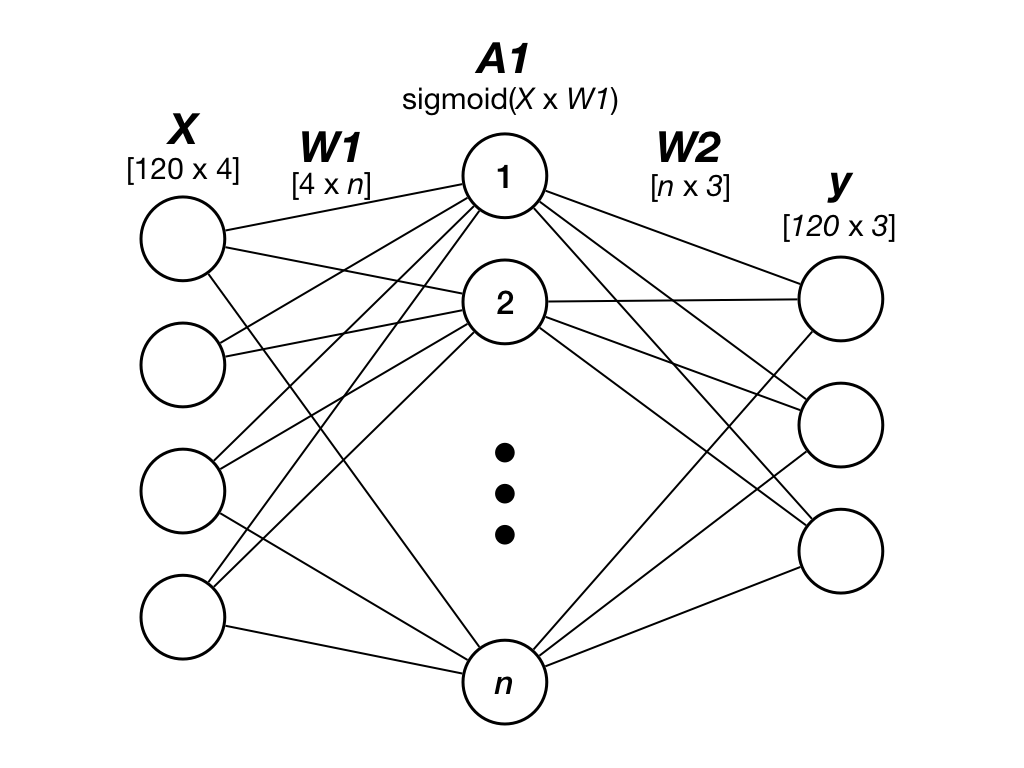 The code below defines a function in which we create the model, define a loss function that needs to be minimized, and run a session with 2000 iterations to learn the optimal weights W_1 and W_2. As mentioned earlier, the input and output matrices are fed to tf.placeholder tensors and the weights are represented as variables because their values change in each iteration. The loss function is defined as the mean squared error between our prediction y_est and the actual species type y, and the activation function we use is sigmoid. The create_train_model function returns the learned weights and prints out the final value of the loss function.

Ok let’s create the three network architectures and plot the loss function over the iterations. 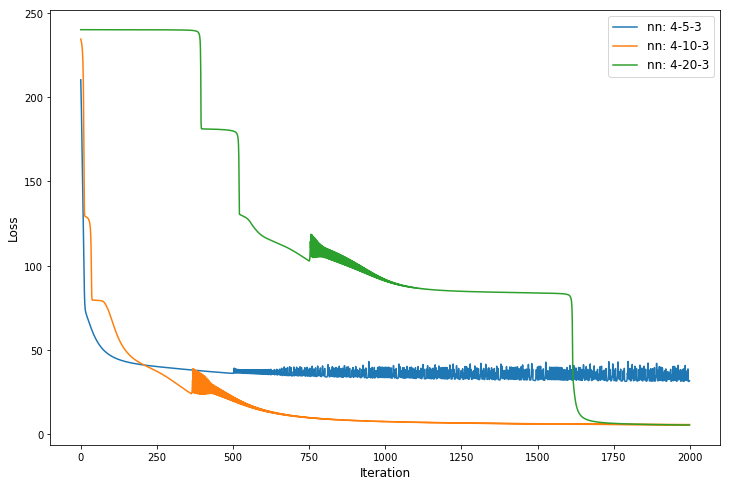 Figure 3: The loss function over 2000 iterations for different network architectures.

Anyway, for a dataset as simple as Iris, even the small network with 5 hidden neurons should be able to learn a good model. In our case it was just a random event that the model got stuck in a local minimum, and it would not happen very often if we run the code again and again.

Finally, let’s evaluate our models. We use the learned weights W_1 and W_2 and forward propagate the examples of the test set. The accuracy metric is defined as the percentage of correctly predicted examples.

Overall, we managed to achieve pretty high accuracy with a simple feed-forward neural net, which is especially surprising using a pretty small dataset.

You can take a look at an even simpler example using TensorFlow’s high-level API here.

In this post we introduced the TensorFlow library for machine learning, provided brief guides for installation, introduced the basic components of TensorFlow’s low-level Core API: Tensors, Graphs and Sessions, and finally built a neural network model for classification of real data of the Iris dataset.

In general, it could take some time to understand the TensorFlow’s coding philosophy, as it’s a symbolic library, but once you get familiar with the Core components, it’s a pretty convenient for building machine learning apps. In this post we used the low-level Core API in order to present the basic components and have a complete control of the model, but usually it’s much simpler to use a higher-level API, such as tf.estimator, or even an external library, such as Keras.