Python Vs R – Which should I learn for Business Data Analytics?

By SETScholars Team on Wednesday, August 5, 2020 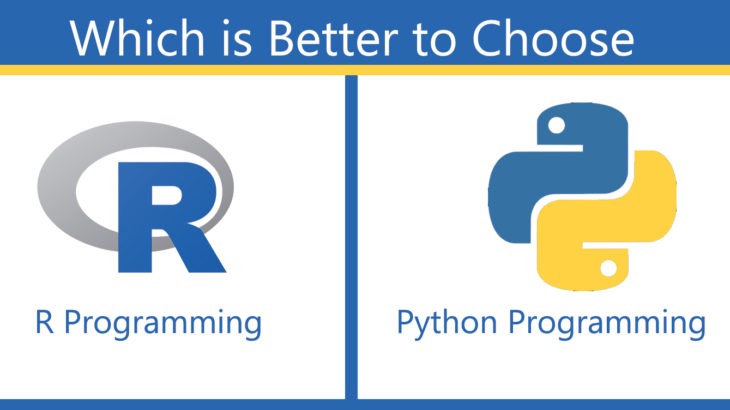 R Vs Python – Which should I learn for Business Data Analytics?

Now, it’s the time for a battle of two most demanding programming languages that is R vs Python. We will go deep in understanding the differences between the two languages. And, I assure you that you will not have any confusion left after completing this article i.e. R vs Python – the most trending debate of aspiring data scientists.

To explore everything about R vs Python, first, you must know what exactly R and Python are. Below is the brief introduction to both the languages. Have a look –

Data Analysts, Data Scientists, Statisticians make use of R programming language to analyze the data and carry out statistical analysis through graphs and other types of visualizations. R allows the users to perform analysis on large datasets. This language is continuously growing with thousands of packages that can be used readily for many applications.

There are various statistical and graphical techniques that R provides such as linear and non-linear modeling, statistical testing, time-series analysis, classification, regression, clustering and many more.

The main strength of R is its well-publicized quality plots that we can produce using its many functionalities and packages. The user also retains full control over the design choices in their graphics.

R is a comprehensive suite of various facilities and functionalities that we can use for data manipulation, calculations as well as graphical display. These facilities comprise of –

Python is an interpreter based, high level and an object-oriented programming language that consists of dynamic semantics. Python is built-in high-level data structures that we can combine with dynamic typing as well as dynamic binding to make it very attractive for Rapid Application Development. We can also avail it for scripting or an adhesive language to combine several components into one framework.

Python is simple, easy to learn and also provides emphasis on readability that significantly reduces the overall cost of program maintenance. Python has an easy learning curve and advocates for program modularity as well as code reusability. The Python interpreter, as well as the extensive standard library, are present in the binary form that do not charge for major platforms and provides free distribution.

Programmers who are new to programming often fall in love with Python due to its vast functionalities and ease of learning. Since Python has no compilation step, the provision of the edit-test-debug cycle is significantly fast. In Python, the process of debugging programs is incredibly easy. Unlike other languages like C and C++, an inappropriate input will never lead to a segmentation fault. When an interpreter finds an error, it raises an exception to the user right after we enter the input. If however, the program does catch the exception, the interpreter provides a stack trace. All of these features added with the massive libraries for a variety of purposes make Python an efficient programming language. Using a source-level debugger one can easily inspect local as well as global variables.

Difference between R and Python

Below we will discuss R vs Python on the basis of definition, responsibilities, career opportunities, advantages, and disadvantages –

Responsibilities of an R Developer are as follows –

Want to become the next Data Scientist? If yes, then you can’t afford to miss these top R Interview Questions.

Responsibilities of a Python Programmer are as follows –

Some of the industries that hire R developers are –

Some of the companies hiring R developers are IBM, Airbnb, Uber, Twitter as well as several public statistical institutes.

Some industries that are hiring Python developers are –

Some of the companies hiring Python developers are Google, Amazon, Dropbox, Quora, Reddit, Pinterest and many more.

R Vs Python – Advantages and Disadvantages