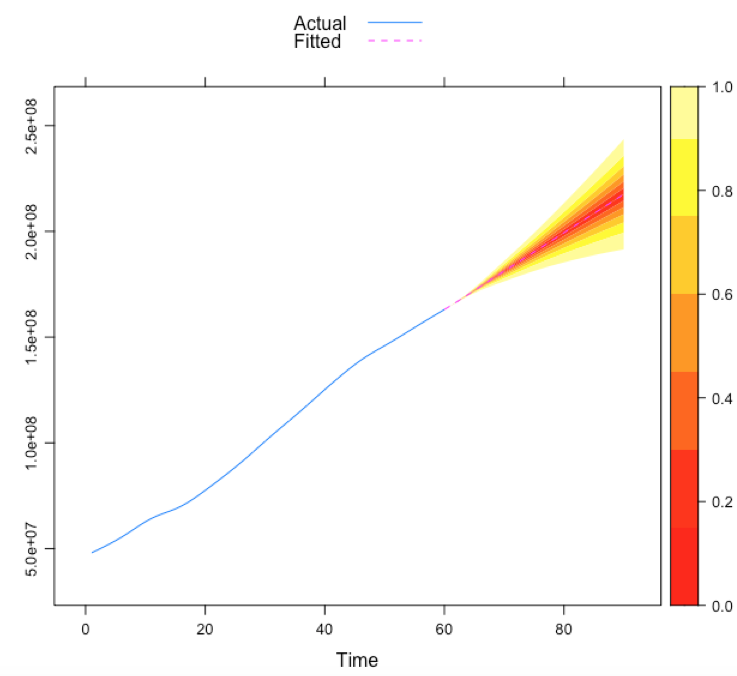 Employing annual time series data on total population in Bangladesh from 1960 to 2019, we model and forecast total population over the next 20 years using the Box – Jenkins ARIMA technique. This article is presented with the following contents.

As the 21st century began, the world’s population was estimated to be almost ~7 billion people. Projections by the United Nations place the figure at more than 9.2 billion by the year 2050 before reaching a maximum of 11 billion by 2200. Over 90% of that population will inhabit the developing world. Population problem is one of the main problems in Bangladesh at the current time. The fast growth of population during the past decades has frustrated the development efforts in Bangladesh. Bangladesh is an over populated country and the growth in resources has not been keeping pace with the growth in population.

The problem of population growth is basically not a problem of numbers but that of human welfare as it affects the provision of welfare and development. The consequences of rapidly growing population manifests heavily on species extinction, deforestation, desertification, climate change and the destruction of natural ecosystems on one hand; and unemployment, pressure on housing, transport traffic congestion, pollution and infrastructure security and stain on amenities. In Bangladesh, just like in any other part of the world, population modeling and forecasting is important for policy dialogue, especially with regards to the future threat to natural resources, persistent unemployment and worsening poverty levels. This article endeavors to model and forecast population of Bangladesh using the Box-Jenkins ARIMA technique.

To better understand the time-series data and forecast future, data scientists apply the statistical methodology i.e. ARIMA model. It is better to have 30 to 40 observations to build an ARIMA model and forecast for short term.

An autoregressive integrated moving average (ARIMA) model is a form of regression analysis that gauges the strength of one dependent variable relative to their own lagged values that changing over time. The model’s goal is to predict future values by examining the differences between values in the series instead of actual values if the series in non-stationary.

An ARIMA model can be understood by outlining each of its components as follows:

Mathematical formulation of an ARIMA model

Thus, an autoregressive model of order p can be written

where   is white noise. This is like a multiple regression but with lagged values of   as predictors. We refer to this as an AR(p) model, an autoregressive model of order p.

where   is white noise. We refer to this as an MA(q) model, a moving average model of order q.

Thus, if we combine differencing with autoregression (AR) and a moving average (MA) model, we obtain a non-seasonal ARIMA model. The full model can be written as,

where  is the differenced series (it may have been differenced more than once). The “predictors” on the right hand side include both lagged values of   and lagged errors. We call this an ARIMA(p, d, q) model, where p = order of the autoregressive part; d = degree of the differencing involved, and q = order of the moving average part. 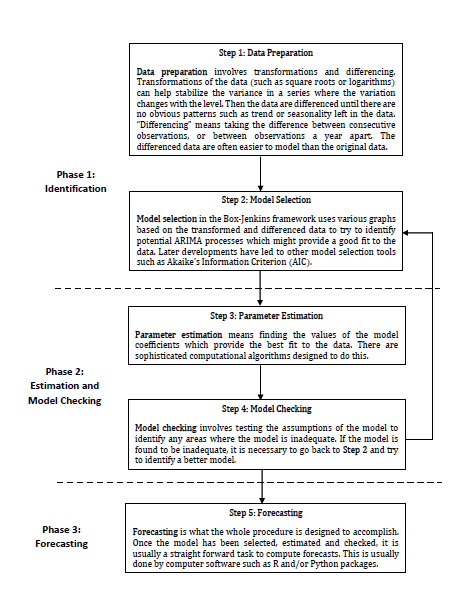 This forecasting is based on 60 observation of the annual total population in Bangladesh, from 1960 – 2019. The dataset is taken from the World Bank website. 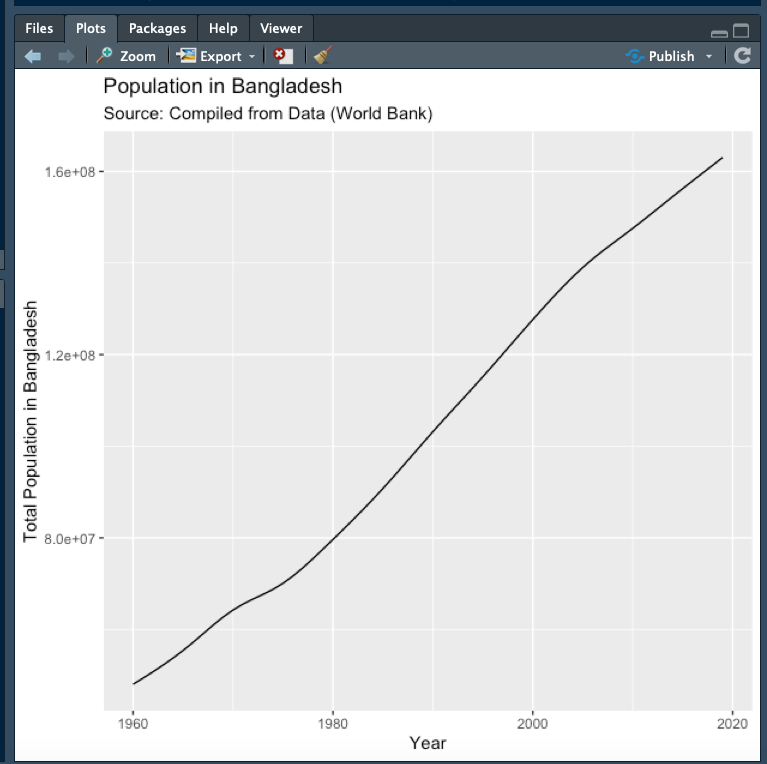 First Difference of the original dataset: 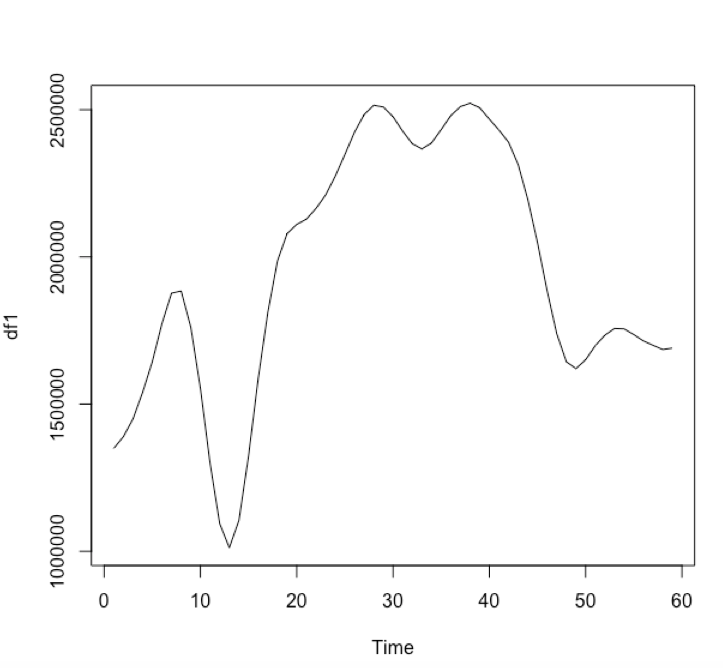 2nd Difference of the original dataset: 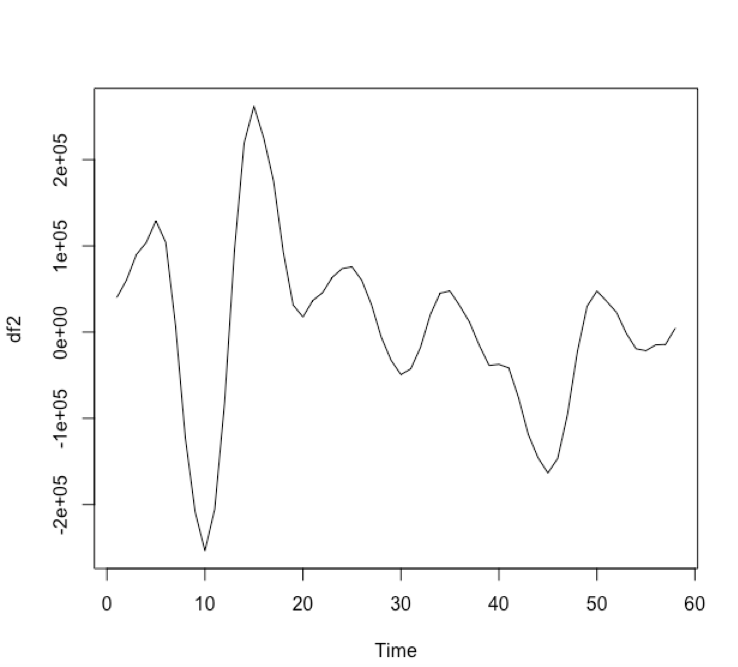 3rd Difference of the original dataset: 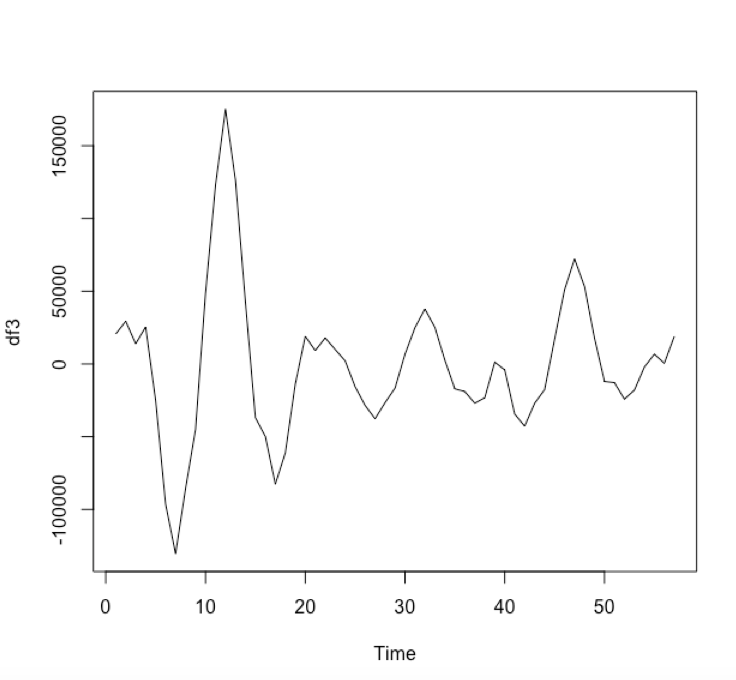 The ACF & PACF plot on the “Difference 2” dataset: 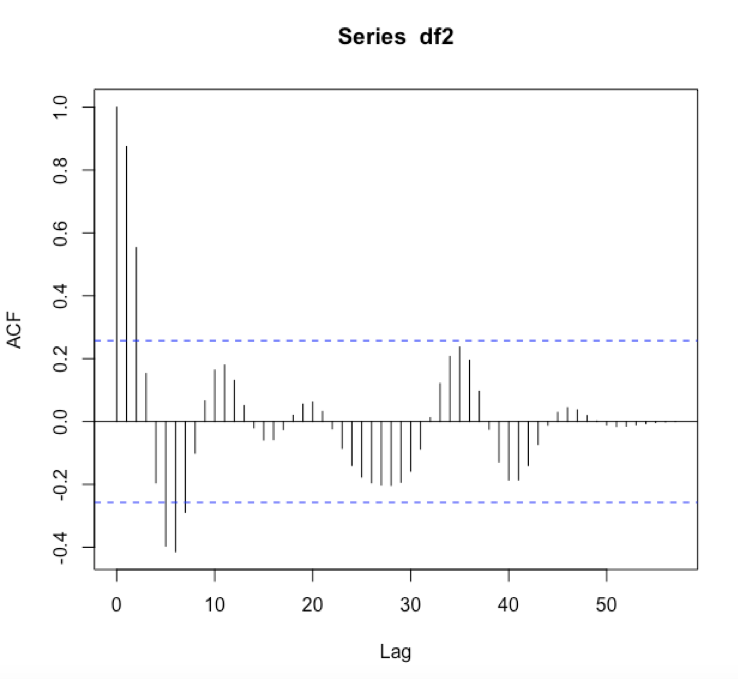 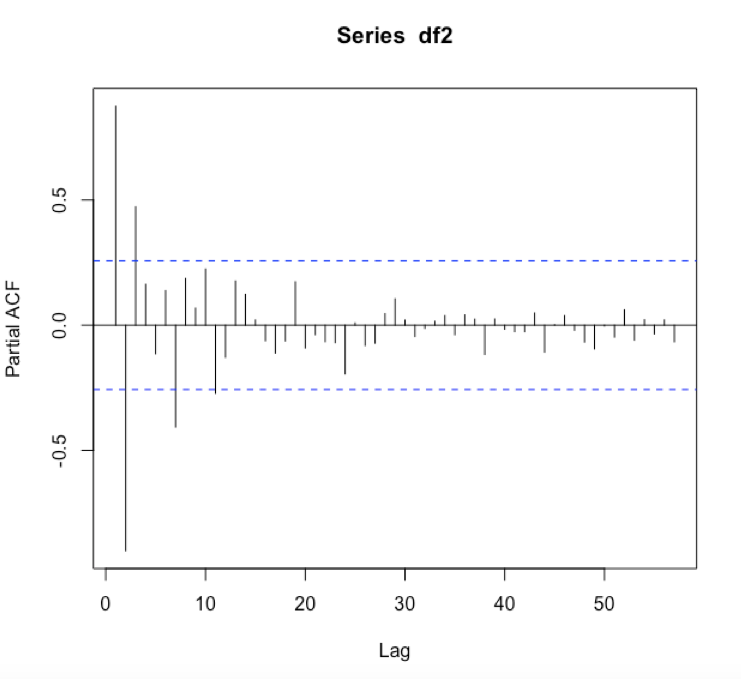 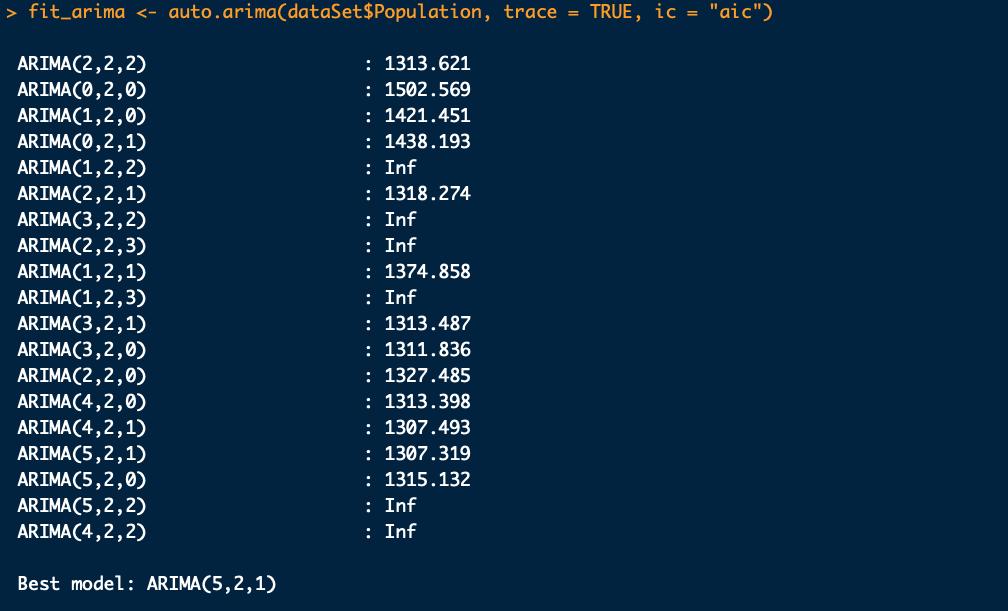 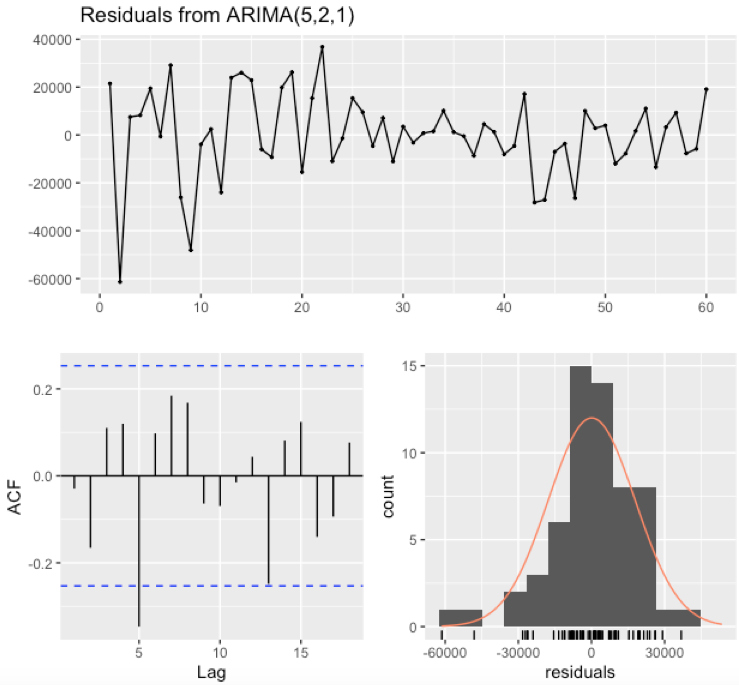 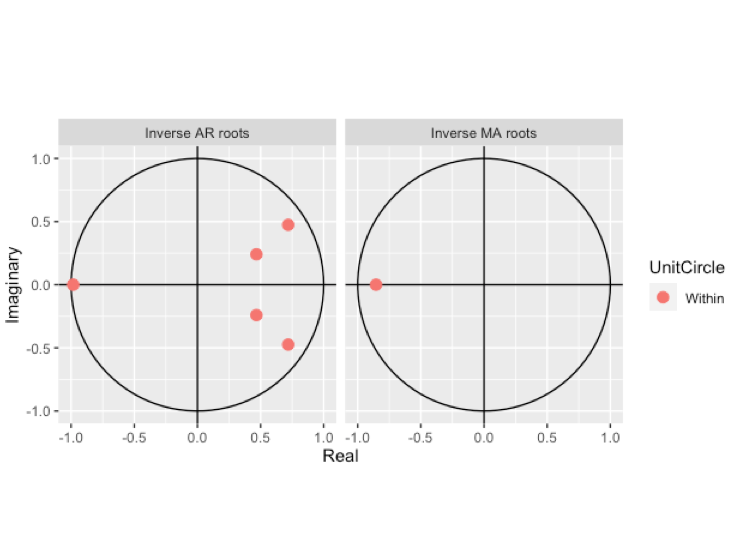 The above diagnostics suggest the fitted ARIMA(5,2,1) model is quite stable and useful to forecast population. 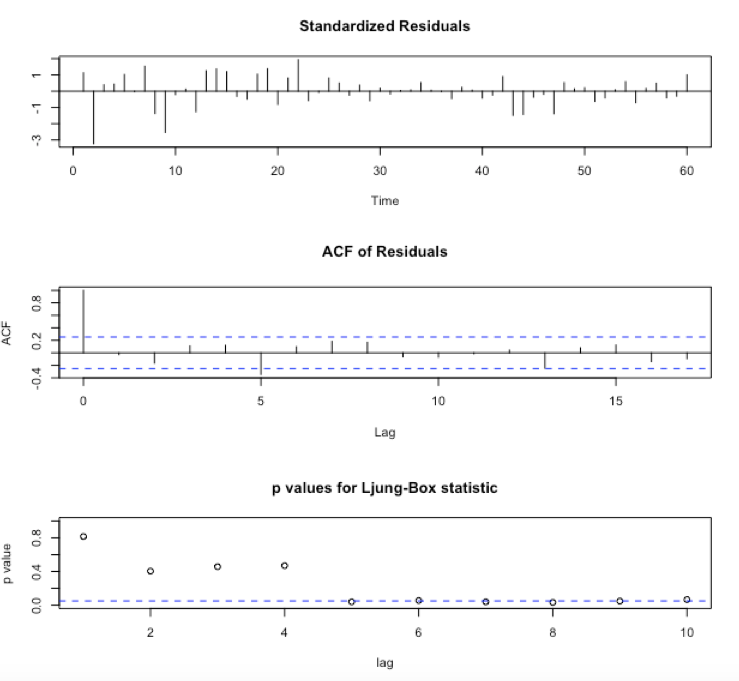 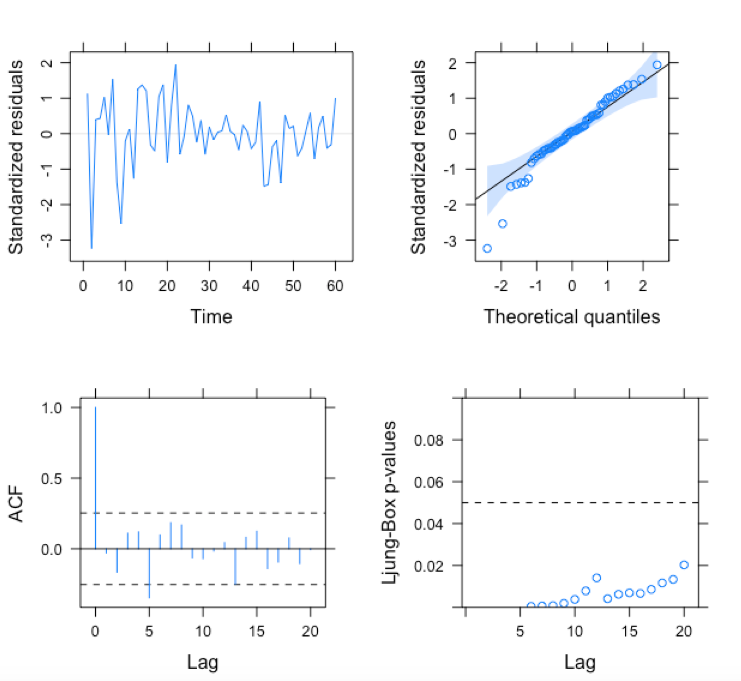 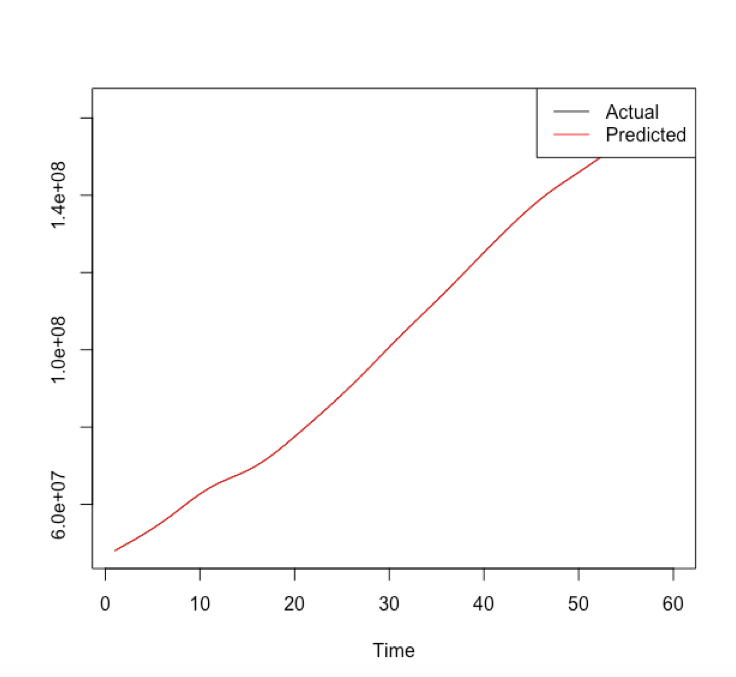 Forecasts for next 3 decades 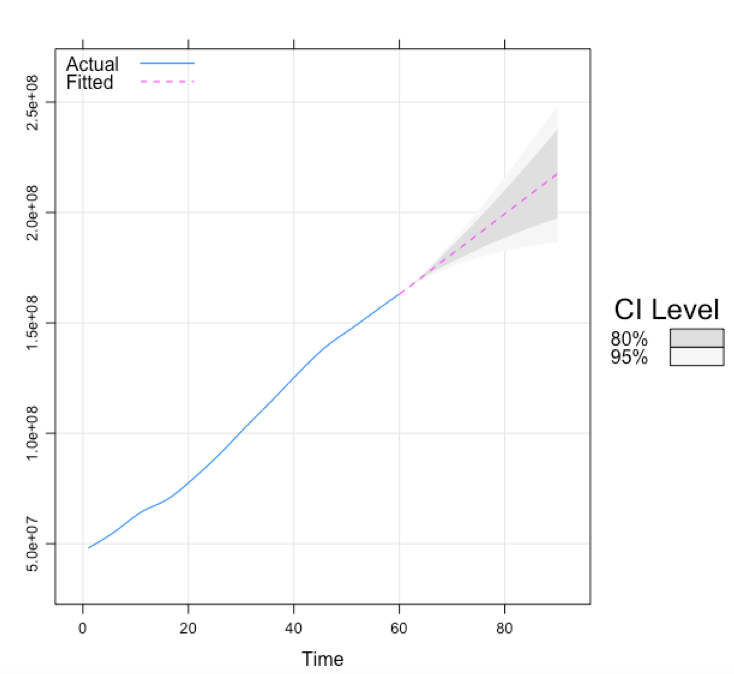 The ARIMA(5,2,1) model is a good candidate model to forecast the population of Bangladesh for the next 3 decades.

In the subsequent posts, we will model & forecast the population of Bangladesh using Python with FB prophet and pmdarima packages as well as using the state-of-art deep learning techniques such RNN, LSTM, CNN, TCN, FFT etc.