This article discusses the basics of linear regression and its implementation in Python programming language.

Simple linear regression is an approach for predicting a response using a single feature.

It is assumed that the two variables are linearly related. Hence, we try to find a linear function that predicts the response value(y) as accurately as possible as a function of the feature or independent variable(x).

Let us consider a dataset where we have a value of response y for every feature x:

For generality, we define:

for n observations (in above example, n=10). 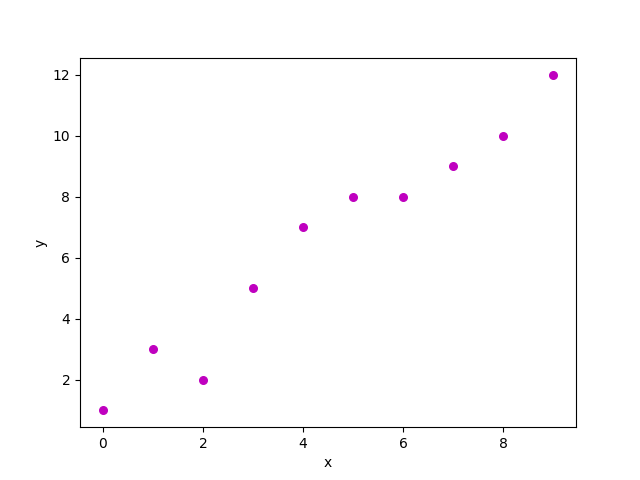 Now, the task is to find a line which fits best in above scatter plot so that we can predict the response for any new feature values. (i.e a value of x not present in dataset)

This line is called regression line.

The equation of regression line is represented as:

To create our model, we must “learn” or estimate the values of regression coefficients b_0 and b_1. And once we’ve estimated these coefficients, we can use the model to predict responses!

In this article, we are going to use the Least Squares technique.

We define the squared error or cost function, J as:

Without going into the mathematical details, we present the result here:

where SS_xy is the sum of cross-deviations of y and x:

and SS_xx is the sum of squared deviations of x:

Given below is the python implementation of above technique on our small dataset:

Output of above piece of code is: 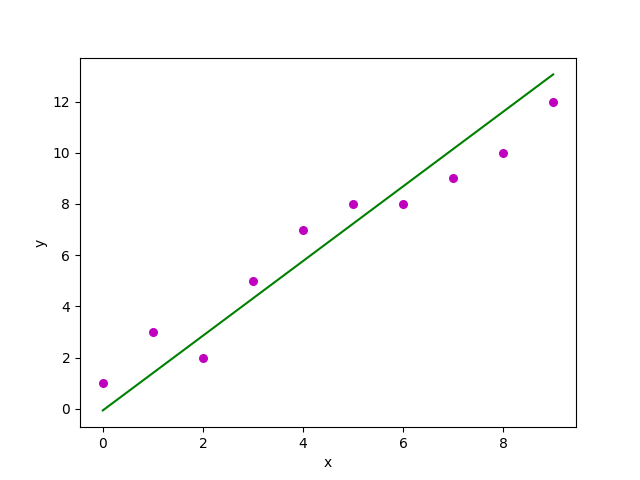 Multiple linear regression attempts to model the relationship between two or more features and a response by fitting a linear equation to observed data.

Clearly, it is nothing but an extension of Simple linear regression.

y (response vector) = a vector of size n where y_{i} denotes the value of response for ith observation.

The regression line for p features is represented as:

where h(x_i) is predicted response value for ith observation and b_0, b_1, …, b_p are the regression coefficients.

Also, we can write:

We can generalize our linear model a little bit more by representing feature matrix X as:

So now, the linear model can be expressed in terms of matrices as:

Now, we determine estimate of b, i.e. b’ using Least Squares method.

As already explained, Least Squares method tends to determine b’ for which total residual error is minimized.

We present the result directly here:

Knowing the least square estimates, b’, the multiple linear regression model can now be estimated as:

where y’ is estimated response vector.

Given below is the implementation of multiple linear regression technique on the Boston house pricing dataset using Scikit-learn. 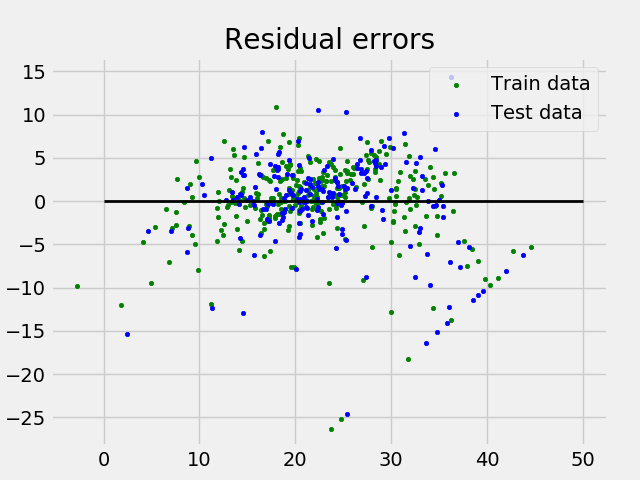 In above example, we determine accuracy score using Explained Variance Score.
We define:
explained_variance_score = 1 – Var{y – y’}/Var{y}
where y’ is the estimated target output, y the corresponding (correct) target output, and Var is Variance, the square of the standard deviation.
The best possible score is 1.0, lower values are worse.

Given below are the basic assumptions that a linear regression model makes regarding a dataset on which it is applied:

As we reach to the end of this article, we discuss some applications of linear regression below.

1. Trend lines: A trend line represents the variation in some quantitative data with passage of time (like GDP, oil prices, etc.). These trends usually follow a linear relationship. Hence, linear regression can be applied to predict future values. However, this method suffers from a lack of scientific validity in cases where other potential changes can affect the data.

2. Economics: Linear regression is the predominant empirical tool in economics. For example, it is used to predict consumption spending, fixed investment spending, inventory investment, purchases of a country’s exports, spending on imports, the demand to hold liquid assets, labor demand, and labor supply.